The Evolution of Star Wars Logo 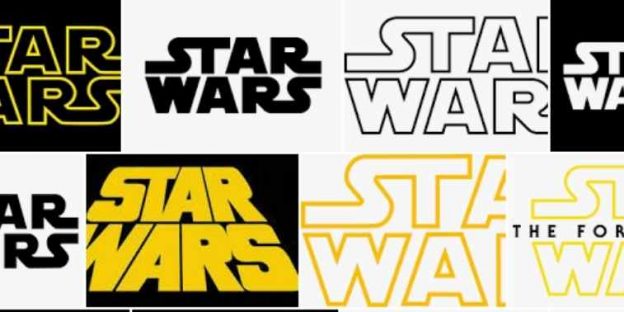 Stars Wars – A beloved name in the minds of sci-fi movie lovers from all around the world. Many people believe that Stars Wars is one of the best Sci-fi movie series in the whole world and a huge fanbase justifies this truth. Well, if you have watched the series then you must have an idea what “Luke, I am your Father” means. There are a total of 12 Star Wars movies until now. We are delighted that Oscar Isaac is not in every Star Wars movie because Carrie Fisher Slapped Oscar Isaac more than 40 times on the first day of shooting of Star Wars: The Last Jedi. Aah! back to topic cause a complete blog can be dedicated to facts on Star Wars as there are 12 of them. Well, looking at the length of the series one thing is sure that Star Wars is not going away anytime soon and so does the Star Wars Logos.

First Star Wars: A New Hope dates back to May 25th,1977. This means The Star War Films saga has been around us for the past 4 decades. This means only one thing is that we have a lot of logos to talk about. Since it all started in the 70s, we are going to get a history lesson as we can’t get it back in the 21st century.

Before you can say, Jack Robinson, let us straight away dive into the Star War Logos and take a look at how these Star War sagas are playing with their logos over the years. It is going to a lovely ride for all the graphic design developers, logo designers, and best logo design company as they are going to get a lot of amazing information and if you are a Star Wars fan just like me then I have nothing to say to convince you as you are definitely going to read it till the last.

I am sure that the percentage of the readers of this post are not from the 70s, so you may have a little idea how things used to work at the moment for logo designers and graphic designers. When the movie was in pre-production, concept artist Ralph McQuarrie’s team developed several logos before they finalized one by typographer Dan Perri. 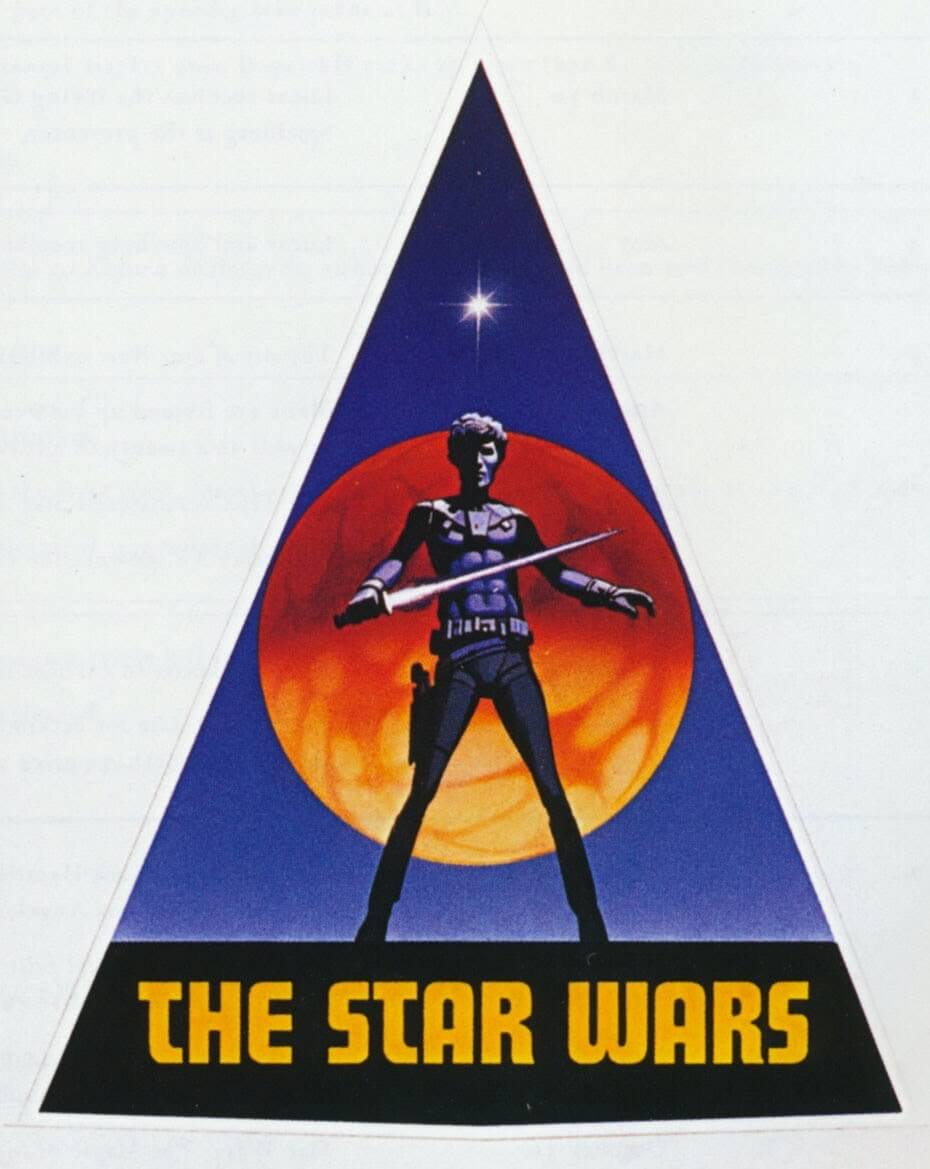 The yellow font used in the design is bold and striking which doesn’t give the idea of Sci-Fi. But it seems perfect as the Star Wars movie series is more fantasy than hard science. Which can be one of the reasons why they went with the star overlaying on the top of the poster. Moreover, this design raises that “Pulpy” feel along with an eye-catching look, but it never made it to the final film. 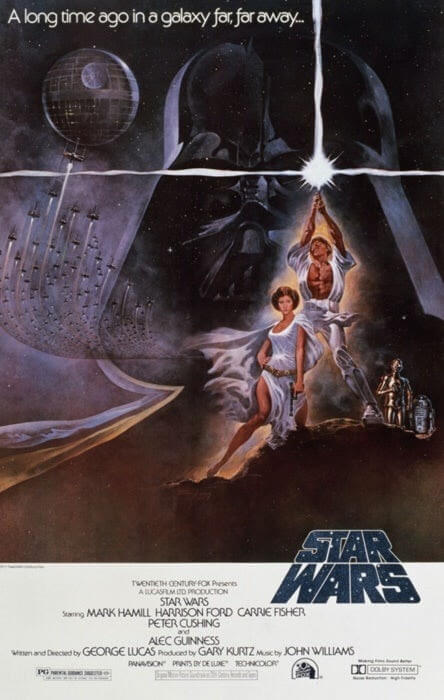 The first star wars logo which made it to the film screenings was developed by Suzy Rice along with the modifications done by Joe Johnston. George Lucas the famous director of the Star Wars series requested the logo to be more “fascist”. Suzy Rice, who was studying German signage of the 1930s used those design techniques, a bold standard font, severe graphics together with hash lines to come up with one of the most Universal logos of the 70s. 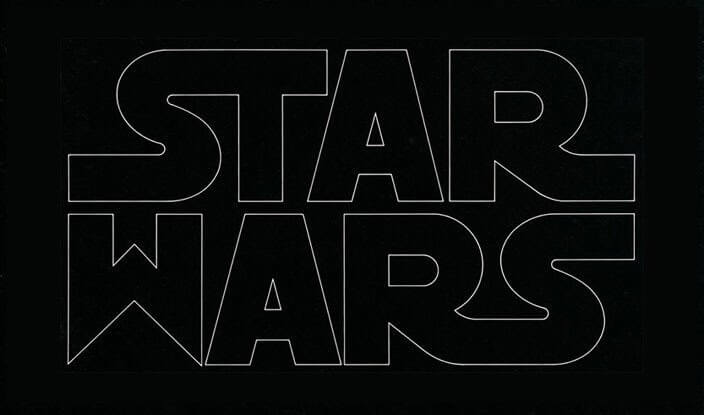 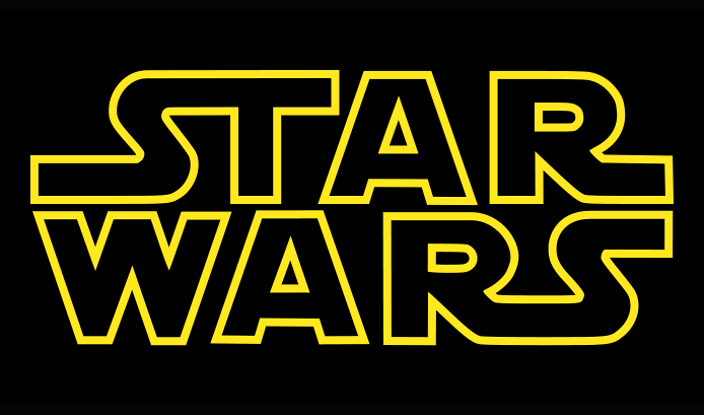 The Revised Logo by Joe Johnston

If you are the one who hasn’t watched the Star Wars series yet but still loving this blog then you might be wondering what this movie feels like. So, you can hop to the best TV streaming apps to watch live TV  and to watch Star Wars find out why people love this series so much and why this installment is still going on.

2. The Empire Strikes Back

There was a time when not a single studio wanted to make Star Wars. At that moment George Lucas was nobody as he used to sleep on his friend’s couch, trying to hustle a pair of movies to any film studio that would hear him out. But unfortunately, there were no takers. After the release of the first installment, The Empire Strikes Back became the most anticipated movie/sequel in the cinema’s history. If you do not call this a success then I don’t what defines it.

As per George Lucas “We were going to call it Star Wars: Episode II – The Empire Strikes Back, but we had three more stories we wanted to tell which occur before the point where the first Star Wars Begins. It could complicate things for the future.”

So, the movie was named Star Wars: Episode V –  The Empire Strikes Back. And the marketing department decided to avoid the numbering in the poster and logo itself. 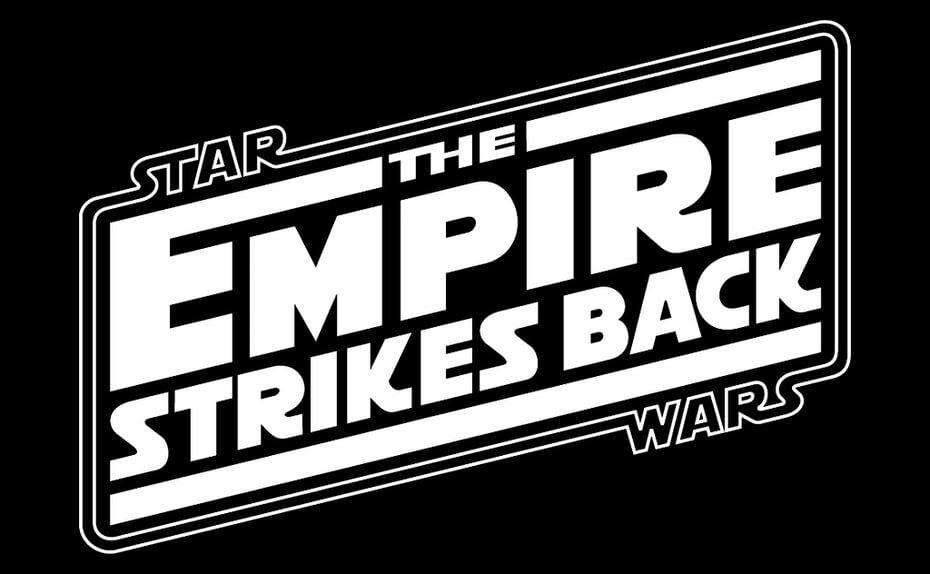 This time the poster doesn’t take on the fascist-style like the first installment of the series. It follows an angled text which gives it a feel of adventure and speed in space with a curved front which gives it a proper sci-fi style of the time. 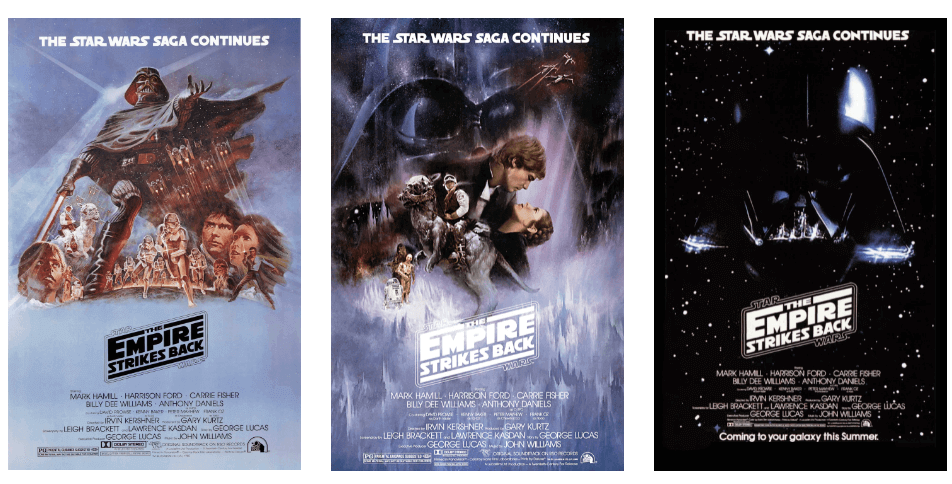 These three logos are considered the first true Star Wars Logo. It includes the creative design by Suzy Rice’s which gives it an innovative side from the first film in this logo’s border.

Just like the Empire Strikes Back, Return of the Jedi went through many changes before it came up to development. In the original script Han Solo died and also all the heroes visited a planet of Wookiees instead of Ewoks. With all these changes in the final script, even the title changed the movie. Originally, the film was titled “Revenge of the Jedi”, but the studio changed it because of the upcoming sci-fi action film, Star Trek II – Vengeance of Khan.

If you are a logo designer from the best logo designer companies then the logo looks like something you could create in MS Word in under 5 minutes. The designer only updated the color from yellow to white to red for the third installment which raises an ominous feeling. 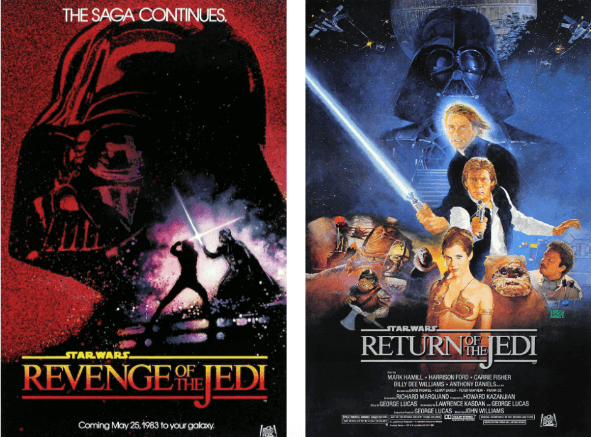 Unlike the Empire Strikes Back, the “Star Wars” text didn’t get included in the border. It’s just sitting there in the middle as the S floating off into space. It was one of the most backward logos out of the three movies. We really do not know what the logo designers and the graphic designers were thinking while designing these posters.

When it comes to the Star Wars prequel trilogy then even the filmmakers had no idea how many movies they are going to make. They have no idea whether it is going to be three films, or six, or even just one. When the prequel trilogy was released in the late 90s, Star Wars was established as a brand all over the globe. These films are a new set of films and these Star Wars logos offer something new and fresh of that time.

The best part of the original trilogy’s logos is they all put significance on the title of the movie. It helps the audience to remember the name of the film and helps the production house in marketing.

But there was a problem with the prequel trilogy at that time. The problem was to make the audience understand what ‘Prequel’ is. Well, everyone has an idea what prequels areas The Phantom Menace wasn’t the first prequel movie ever but the modern audience wasn’t too familiar with all this concept. And in order to make it familiar to the audience, these Star Wars logos place their emphasis on the episode number for the first time.

As the studio planned to have moved ahead with Episodes in between the name of the series. The huge EPISODE text can be seen on the logo along with the other cast so the readers can easily find it. And the actual title became the last piece of hierarchy, hiding in small type across the bottom. The only difference this time was that the logo design was consistent throughout this time with the prequels. Even the fonts, colors, and the design of all the logos from the logo design company were the same to make the audience understand that all these films are all part of a whole.

Moreover, if you are looking for the best video streaming apps for android in order to watch the Star Wars series. Then click on the mentioned link to find out where you can watch them. Video streaming apps are helping people get entertained at their best. With hundreds of available ways to get entertained, this blog comprises some of the best ones.

When Disney bought Lucasfilms for over $4 billion, everyone knew that it was going in a new direction and new changes were going in this series.

The main obstacle for the new generation of filmmakers is to remind the audience why they liked Star Wars in the first place. So, the sequel logos look very much similar to the original 70s logo. The colors in logo design, graphic design, and logo design all were identical. The numbers weren’t mentioned and the titles were deemphasized.

However, the new direction also deviates from the prequels in another important aspect: color. Green means goodness and the light side of the Force; red is just the opposite, which means bad and dark sides.

Moreover, The Force Awakens created a new generation of heroes which gives it an edge for future perspectives. On the other hand, The Last Jedi had a much darker tone. As the poster is identical to the sequels, the color gives you a sense of what kind of movie you’re about to watch.

Choosing a logo for a business isn’t a very easy task. Without the proper knowledge, it can be time-consuming as you need to get a logo that can add value to your brand. As there are different kinds of logos, a simple logo is indeed the best possible thing which can help you deliver the brand’s message and is easy to remember too. Here we have a detailed blog that will tell you the 7 reasons why you should keep your brand logo simple.

The Star War Stories, which are anthology films, were relatively new. One thing is certain that there is no cohesive vision for their logos. 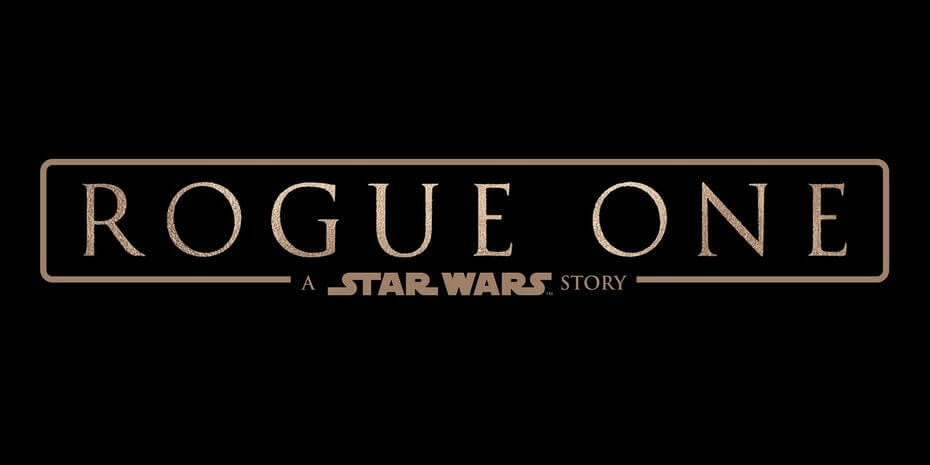 As a logo designer, this logo is among the least inspiring of the original Star Wars logos as the idea was taken from the Return of the Jedi. A logo design that incorporates serif font makes it look like corporate letterhead instead of any space adventure. However, they were able to deliver a good Star Wars story that will make you feel good while watching.

When everyone was thinking that everything is taking a new direction, Lucasfilm released a new logo for Solo and took things back in the past or we can say in the old direction.

The new logo didn’t come entirely out of anywhere. While we have seen all the logos from all the Star Wars movies and couldn’t find which poster is the most perfect.

As the best logo design company in India, we have to work round the clock as per the client’s requirements. Let us know in the comment section which Star Wars movie poster is the best. 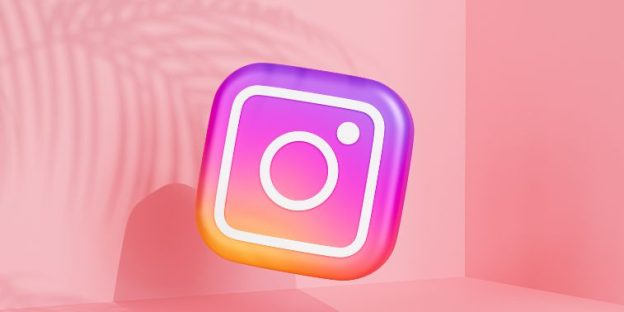 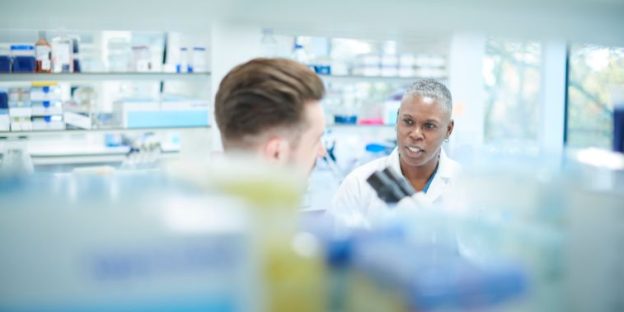 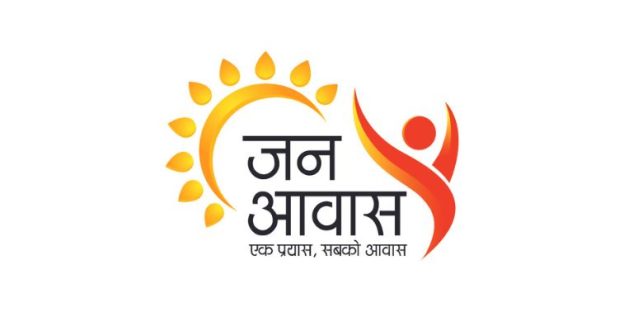 3 thoughts on “The Evolution of Star Wars Logo”